A perigean spring tide brings nuisance flooding to Annapolis, Md. These phenomena -- colloquially know as a "King Tides" -- happen three to four times a year and create the highest tides for coastal areas, except when storms aren't a factor. Annapolis is extremely susceptible to nuisance flooding anyway, but the amount of nuisance flooding has skyrocketed in the last ten years. Scientists point to climate change for this uptick. 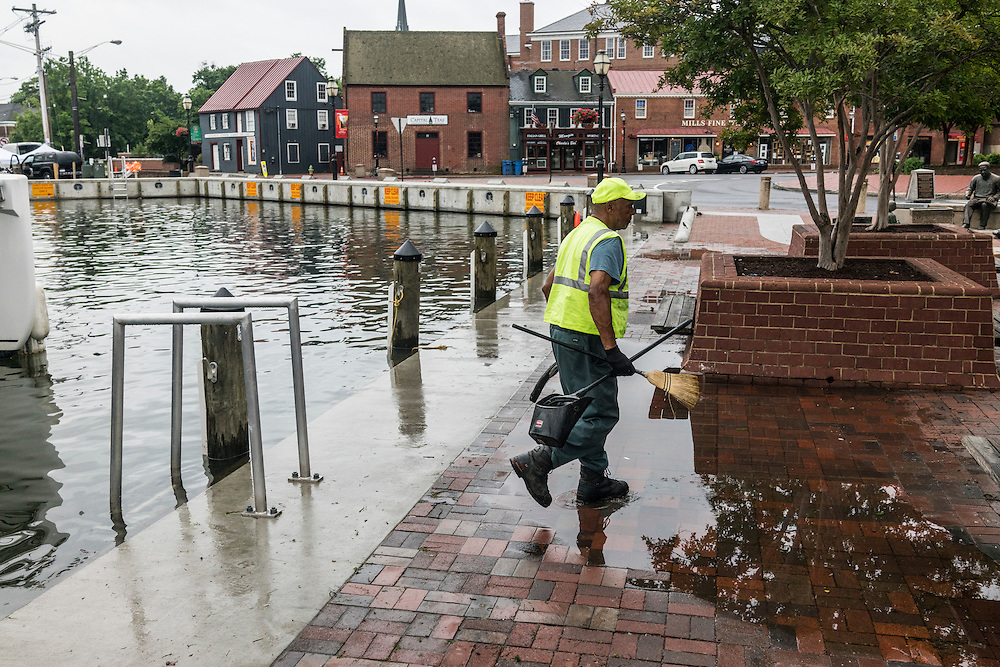