(photo by Matt Roth).Friday, March 26, 2010.Pilesgrove, NJ..Corinne Bell sits down for a cup of tea and a Tastee Cake...Corinne Bell has lived in the home she and her husband built for 52 years. The widow now lives with three cats, Tiny, Cece, and Sheba, former strays who now call the split level on Main Street, Pilesgrove "home,"too. "Somedays they're the only company I get," says the 79-year-old New Jersey woman. Bell, like other New Jersey seniors who live on fixed incomes, are in danger of losing their homes because of the state's high property taxes -- the highest in the nation. "I have too much stuff to move," and worries about the future of her cats. In the past a social program called Senior Freeze alleviated a portion of the property taxes for those who qualified. The state's former governor changed the program's eligibility, but the state's new Republican Governor Christopher Christie said he would restore the rebates to those who lost them, but has yet to fully reinstate the program. 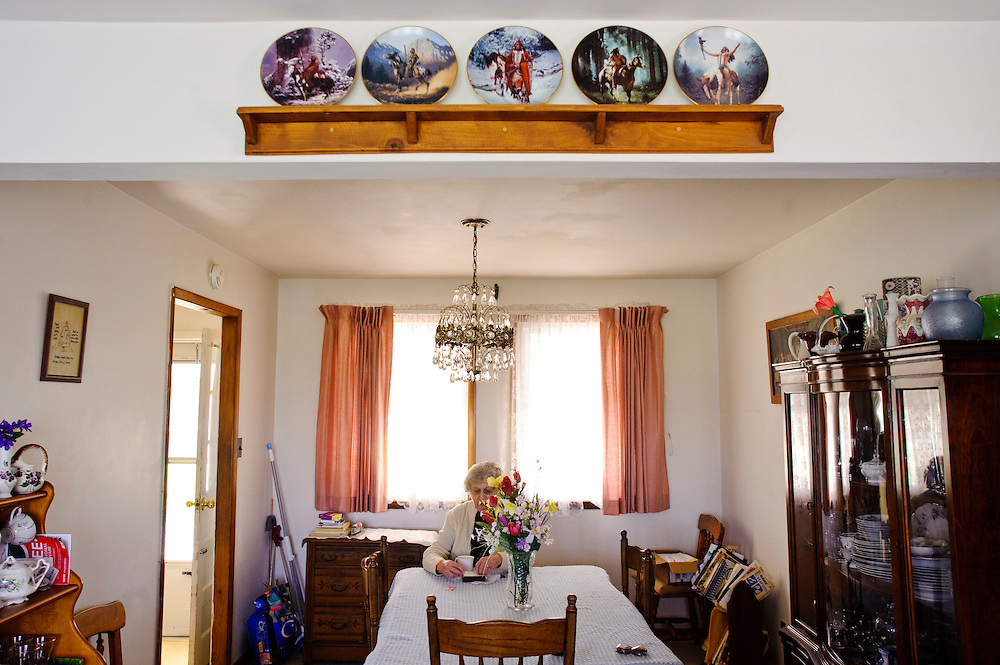