(Staff Photo by Matt Roth)..Easily the most packed Main Stage performance during the Saturday leg of the HFStival, crowd members brandish the diamond-shaped hand signal Kanye West popularized for his hit song, "Diamonds are Forever." The meaning of this song was originally about his label Rock-a-Fella Records, but after the "Diamonds are Forever (in Sierra Leone)" re-mix, its meaning morphed into a politically-charged song about the conflict diamond trade in Africa, in an attempt to raise awareness of, among other issues, the brutal child labor practices in the mines. West's hip-hop performance stuck out , somewhat, from the largely rock-based festival, soliciting complaints from some of the more critical and vocal attendees of the festival. (***I couldn't get the names from the front row attendees because after Kanye's first two songs I, along with all the other members of the media, were quickly rushed away from the stage area. This photo's more about the hand signals and the HUGE CROWD, rather than the individual crowd members, anyway***).. performance More than 40,000 attendees, 13,000 less than the previous year's one day affair, flocked to the 17th annual HFSival, which was held, for the first time, at the Merriweather Post Pavillion Saturday May 27 and 28, 2006. Ticket prices were reportedly the highest yet, with pit seats going for $100.. 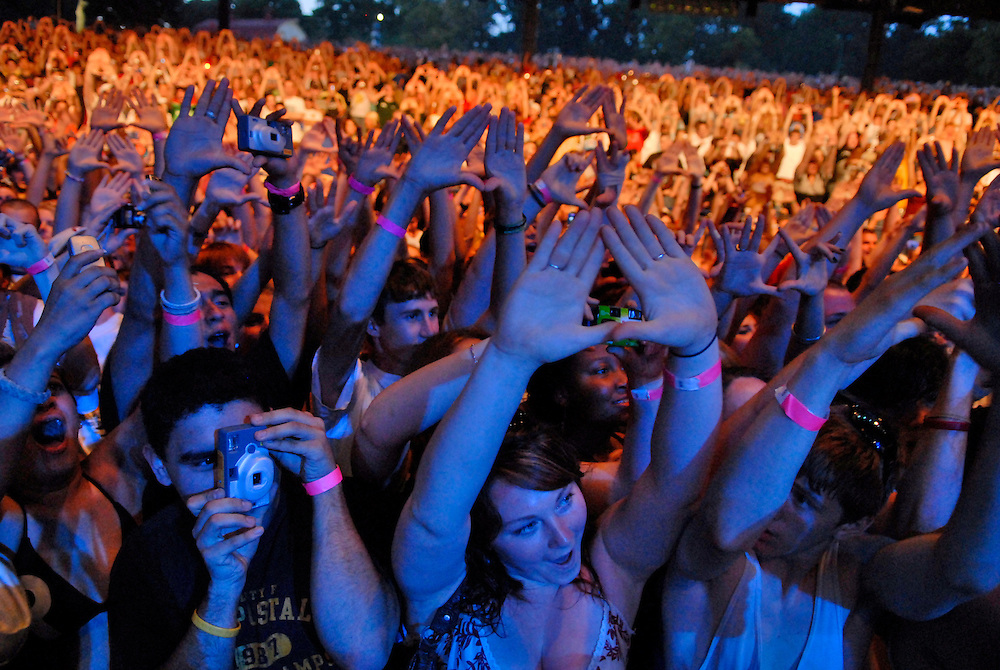