(Staff Photo by Matt Roth).."She's the world's youngest Strokes fan," jokes Jenny Fallen, not seen, about her five-year-old daughter Kira's affection for the popular rock band, who played the Main Stage later that night at the HFStival Sunday May 28, 2006. Kira is seen playing catch with her father John. The family drove down from Loch Raven Village for the festival....More than 40,000 attendees, 13,000 less than the previous year's one day affair, flocked to the 17th annual HFSival, which was held, for the first time, at the Merriweather Post Pavillion Saturday May 27 and 28, 2006. Ticket prices were reportedly the highest yet, with pit seats going for $100.. 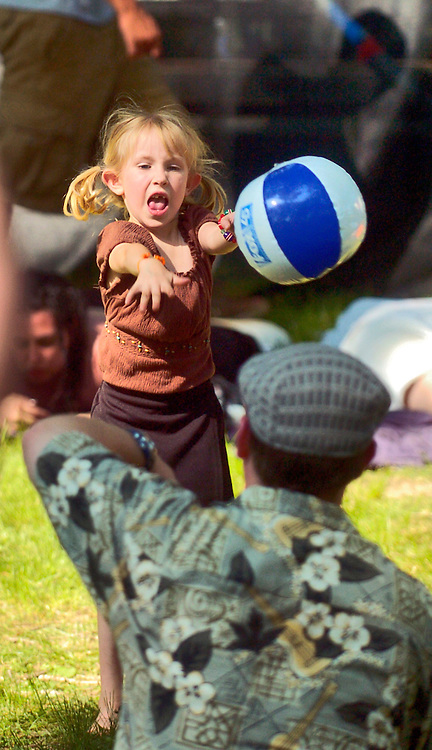