photo by Matt Roth.Wednesday, April 11, 2012..Ron's medals from his time serving in the Marines are hung on his parents' basement wall, where he and his children are living before Ron graduates from McDaniel College and moves his family to Alaska to meet up with his wife. Miles Shriver acts in a manner typical to a five year old in the foreground. ..Ron Shriver grew up on a large farm house in Pleasant Valley, Maryland, a small township outside Westminster. After his lease was up, he moved back to his parent's home with his two children Rory and Miles, living temporarily in their basement before graduating from McDaniel College in May. After tossing his graduation cap, he and his children will drive cross country to meet up with his wife who has been working on her graduate degree in Alaska. ..Ron Shriver is a retired marine staff sergeant. He is also the first in his family to attend college, thanks to the New G.I. Bill. His wife, a fellow retired Marine, is finishing up graduate school in Alaska. After Ron gets his undergraduate degree from McDaniel College in May, he plans to drive to Alaska with is two children Rory, 6, and Miles, 5. For the move Ron got rid of most of his family's belongings, and after his lease was up, he and his children moved back into his parent's farmhouse. 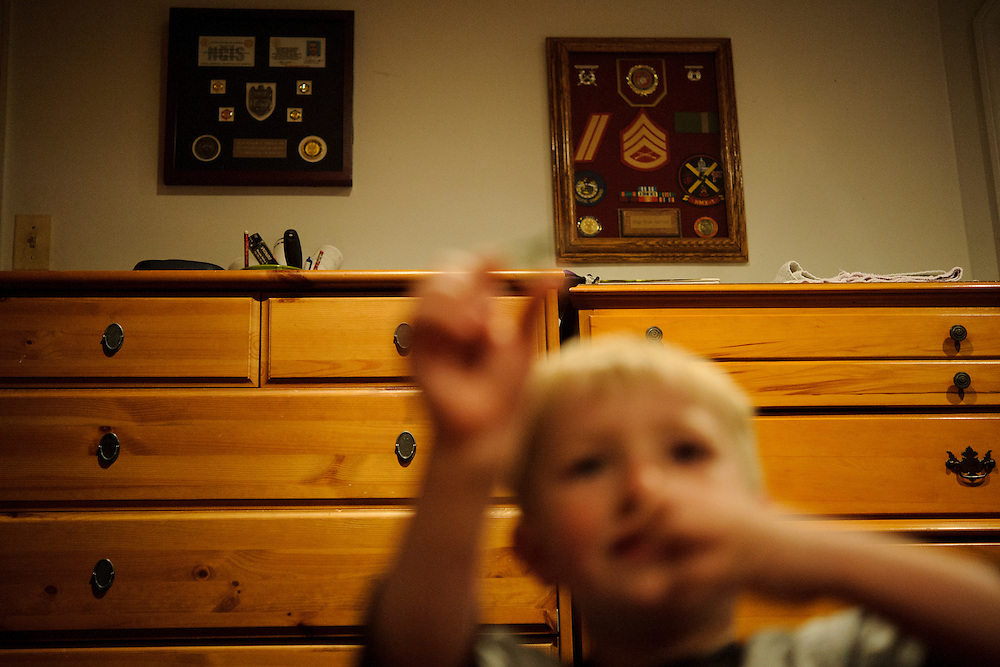