Baltimore, Maryland - September 26, 2014:
Debbie McBride, from New Jersey, stands with her sons Connor Rochelle, 18, a Freshman at Loyola University, left, and Brendan Rochelle, 16, right, at the Evergreen Museum at the College of Notre Dame campus, across the street from Loyola.

Debbie is a Republican Catholic and has zero tolerance for drugs. She has never caught her kids trying marijuana and says if she did, they believe she would take them to the police. Her biggest enemy is alcohol, and she was horrified when her son asked to drink beers in the basement with friends recently, just before he left for Loyola. Her son, Connor, confirmed that everything she said is true, 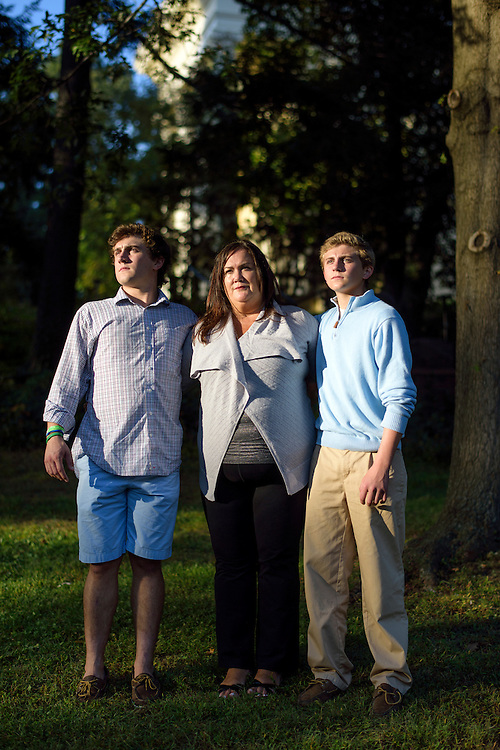