(Staff Photo by Matt Roth)..Member of the Annapolis-based band Havok in Hollywood Evan Via gets interviewed by Rufus, a puppet host for the DC-based childrens TV/internet show Pancake Mountain, and Garnett Soles, one of the show's human hosts. The show is similar to Sesame Street, but with an underground music edge. Havok in Hollywood later closed-out the main stage Sunday May 28, 2006....More than 40,000 attendees, 13,000 less than the previous year's one day affair, flocked to the 17th annual HFSival, which was held, for the first time, at the Merriweather Post Pavillion Saturday May 27 and 28, 2006. Ticket prices were reportedly the highest yet, with pit seats going for $100.. 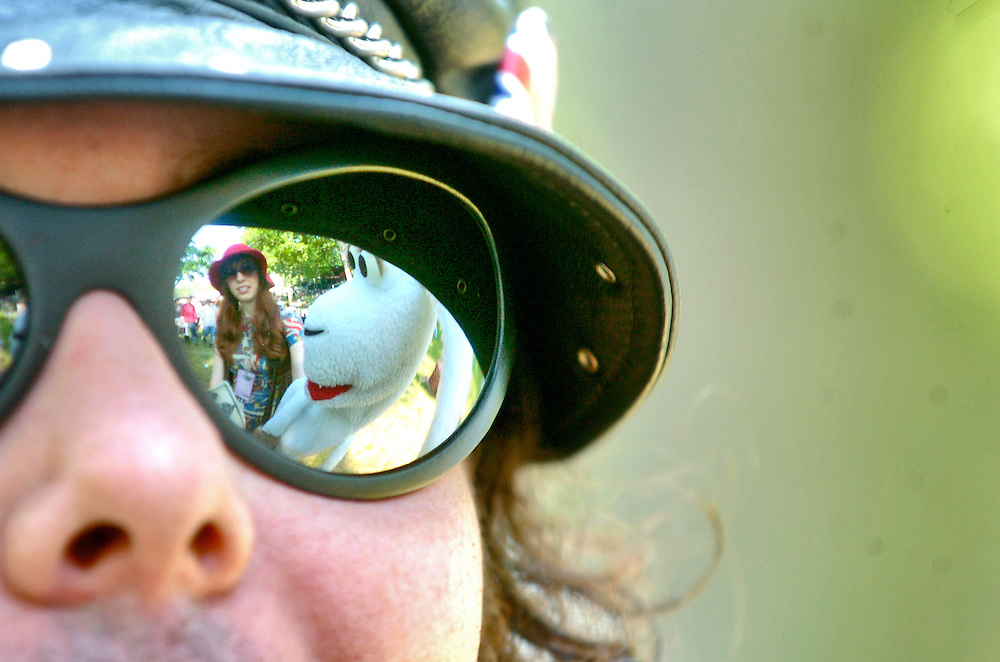