Monty Hoffman, CEO of PN Hoffman, stands in front of a model of what the Wharf project is slated to look like at the Channel Inn, the Wharf development headquarters in the Southwest waterfront area of Washington D.C. 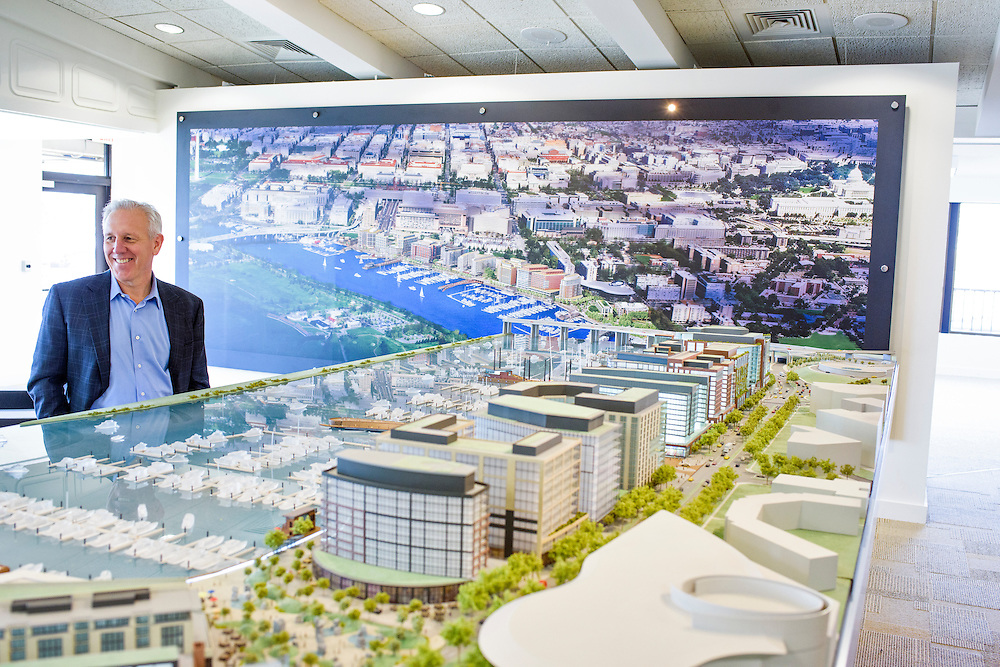