photo by Matt Roth.Wednesday, September 26, 2012.Assignment ID: 30132029A..Frank Schubert is a gay marriage opponent and mastermind behind the aggressive ad campaign that helped pass Proposition 8 in California, which eliminates the right of same-sex couples to marry in the state. He is the campaign manager with the Maryland Marriage Alliance in Annapolis and similar anti-gay marriage organizations in Washington, Maine and Minnesota. All four states are holding gay marriage referendums this year. ..Frank Schubert is a devout Catholic who's sister is gay. He claims he is personally for committed gay couples to enjoy the same benefits as straight couples, but works to legally maintain the definition of marriage be only that of a man and a woman. 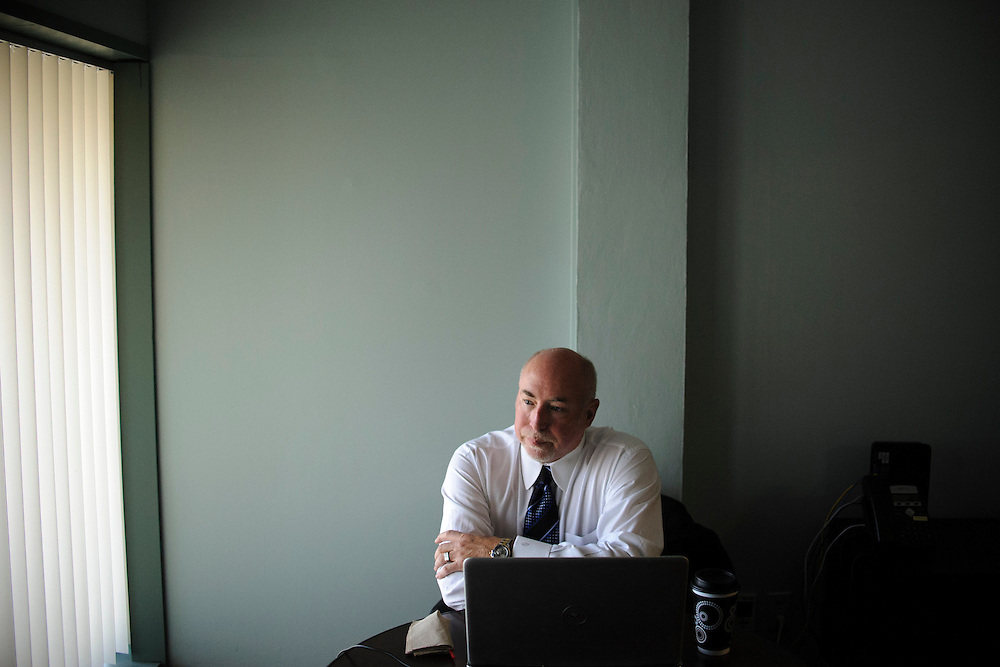