Cyrus Kouandjio, one of the nation's top high school football players, from DeMatha High School sits during a televised ESPNU signing day event at his Hyattesville private school September 2nd, 2011. After reportedly staying up all night, the 6'7" offensive tackle announced over broadcast television at the school's Convocation Center that he will be signing with Auburn. He, however, did not sign his letter of intent. Three days later he announced he will attend Alabama where his older brother plays. 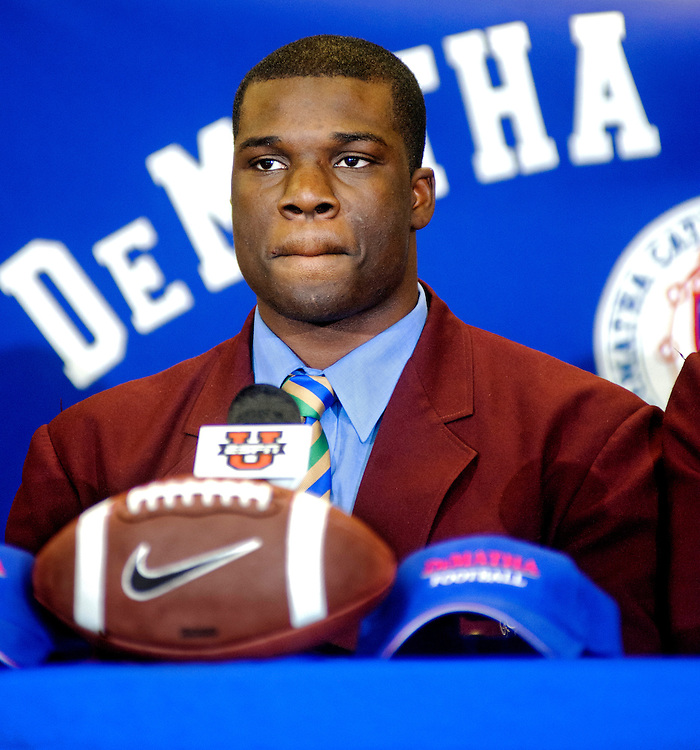