(staff photo by Matt Roth)..The rare 1925 BMW R32 Bob Henig sits atop is, "perhaps the best unrestored R32 to be found." This is BMW's first motorcycle model. The previous owner, New Jersey business man Peter Adams, never made a public claim to own the bike, but rumors bounced around in the motorcycle collector's world that it existed. When Henig got word that Adams was looking to sell his R32, he rushed to Adams' Jersey office to throw in his bid. During several hours waiting to see Adams, Henig wrote a three-page essay in the hopes of persuading the sale in his favor. The two men finally met for maybe 90 seconds, which was enough time to convince Adams Henig was the right man to own the bike. Adams never read the note. 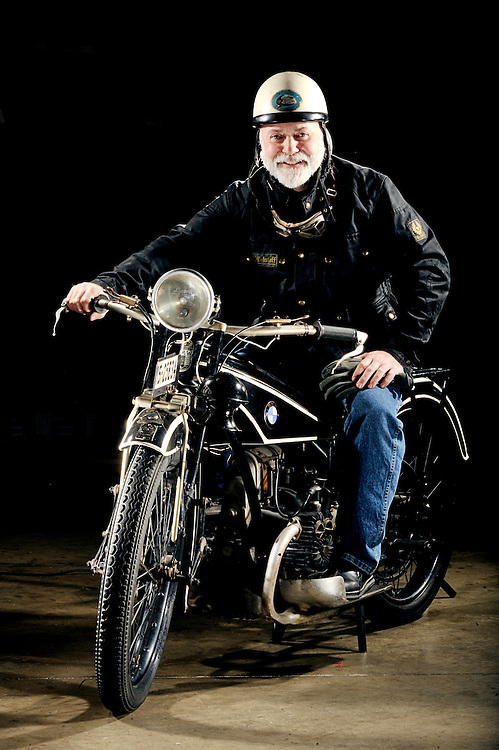