Washington, D.C. - January 23, 2015: Chris Wallace, is the Anchor of Fox News Sunday. After the 9/11 attacks Chris Wallace attended an event with Donald Rumsfeld, where the then Secretary of Defense handed out WW II era posters to attendees. Chris Wallace said,"After 9/11 I attended an off-camera briefing that Donald Rumsfeld, Secretary of Defense at the time, gave to a number of reporters on the War on Terror. He took us into his office afterward and showed us several mementos from his career, including these posters. They had a World War II look about them, and we were all intrigued. He handed them out and I was thrilled to have one."
The objects in Wallace's office in the Fox News D.C. Bureau is a mix of personal, political and celebrity history. 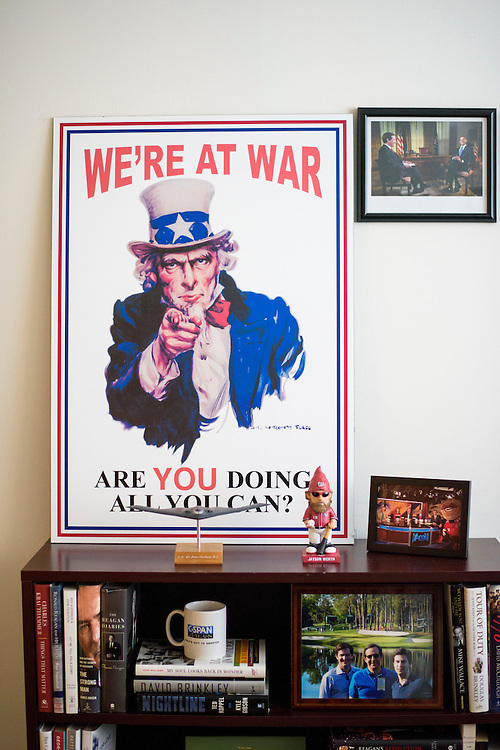