Mountlake Terrace, Washington - July 13, 2015: King Adam I, foreground, and Prince Aaron of Überstadt voyage to Edmount Island, which is "considered the spiritual homeland of the nation." After rowing The Bergstrom, a digny described as an "amphibious war craft," as close to the peat island as they can, the Oberstadt brothers will enact "their first official Mark of Überstadt's sovereignty"-- tossing a small paper laminated flag onto the island.

After the great BBQ fire of 2009, setting foot on the island has been deemed illegal by the local authorities. The fire is considered to be the event that solidified the early Überstadtis. 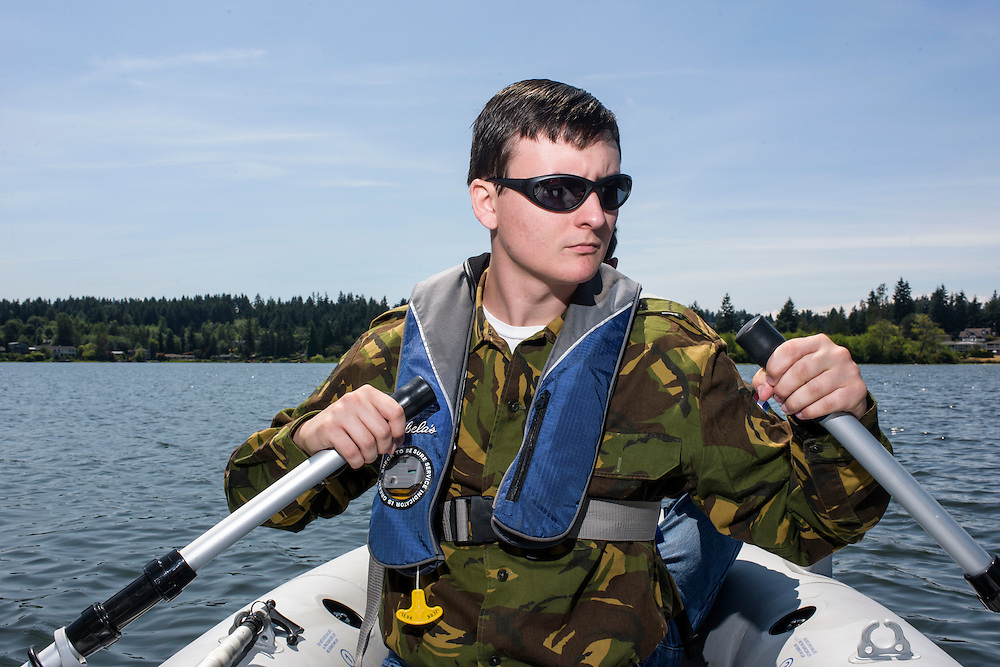