Everett, Washington - July 13, 2015: Dressed in his naval dress uniform King Adam I, raise the Überstadt flag on the HMNS (His Magesty's Naval Ship) Bert George at the Port of Everett Marina before venturing into the Possession Sound (part of the Puget Sound). This will is the first time they're flying the micronation's flag on The Bert George.

The Bert George is named for the Oberstadt brothers’ grandfather. The crown jewel of the Überstadt navy is captained by their father, High Chancellor Michael Oberstadt, not pictured. The High Chancellor does not wear Überstadti regalia. 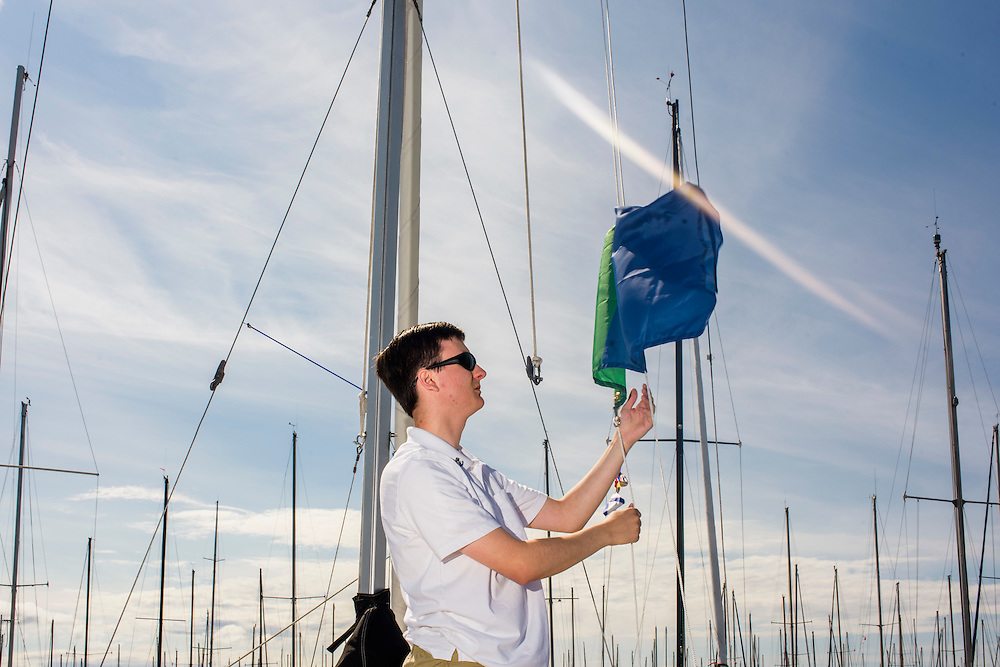