(staff photo by Matt Roth)..Amanda Kupiec and her twin sister Allison are the only sophomores on Howard's varsity volleyball team. Amanda, however, is somewhat lucky to even be playing. She grew up with a dramatic case of scoliosis and in middle school had steel rods inserted to correct her spine. Her posture is great, but she has limited mobiity. Today she plays as Howard's libero, a physically demanding defensive position. She has to play low to the ground and must be able to dive for the ball. In the photo Amanda's dive posture, according to her coach, is flat-backed, whereas a traditional libero's form would curve her shoulders over her knees. Surprisingly, Amanda's serve is particularly hard to handle as well. Most volleyball serves are delivered overhand, but because Amanda can't arch her back she utilizes a three-quarters style serve which creates a curveball effect, which has proven hard for some to teams to return. In a recent game against Glenelg, she went on a ten-point serving rally, which included six aces. She performed similarly in their next game against Oakland Mills with a nine-point serving ralley. She is photographed at Howard High School's auxiliary gym Friday, October 23, 2009.. 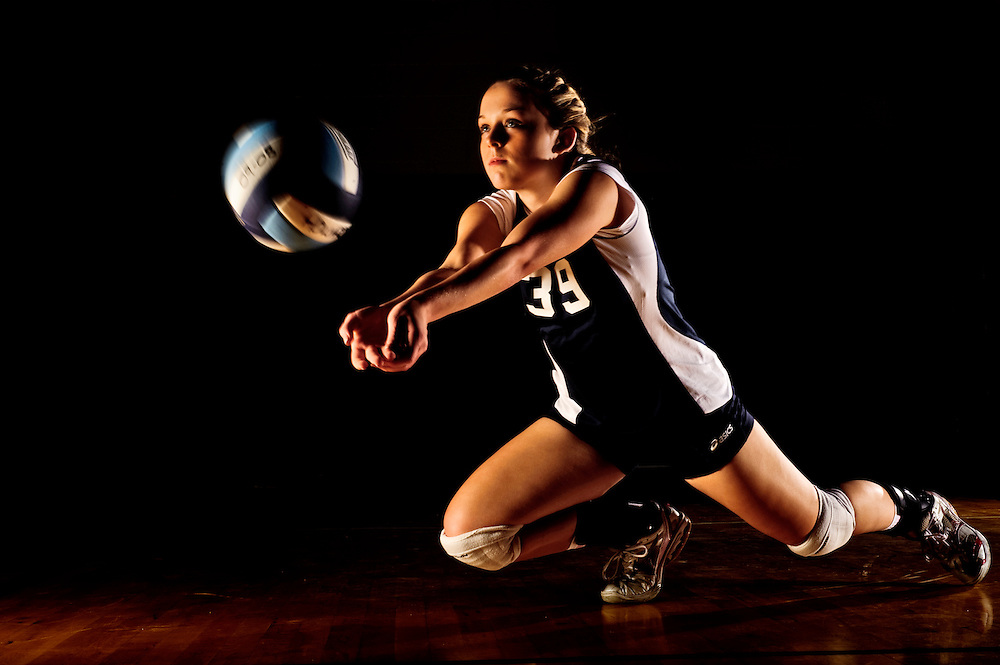