(photo by Matt Roth).Monday, April 19, 2010..Camden Yards grounds crew member Matt Bruderek helps prep the field Monday, April 19, 2010. The warehouses behind Bruderek, rather than be raised for the ball park's initial construction, were renovated and made into the club's offices. ..Janet Marie Smith is the Oriole's new vice president of Planning and Development. Her design mantra embraces the quirks of the ball park's surroundings, and works to sensitively integrate it into the city's physical and cultural landscape. She was instrumental in building Camden Yards in 1992, building and transitioning Turner Field from an Olympic stadium to a home for the Braves and most recently renovating the Red Sox's Fenway Park. She has been re-recruited to the Orioles and is now tasked with improving their Spring Training facility in Florida. 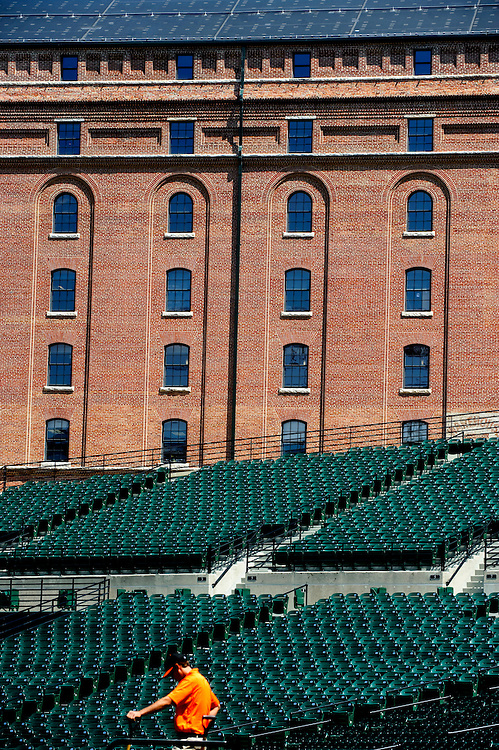