Mountlake Terrace, Washington - July 13, 2015: Diamond, the former head of Überstadt's leading conservative faction, The Cat Party, walks outside the Überstadt capitol, Rosewood. "Now Überstadt is a direct democracy, making parties irrelevant," says King Adam I. Now Diamond is free to do is favorite things, which are hang around outside and "lick himself." 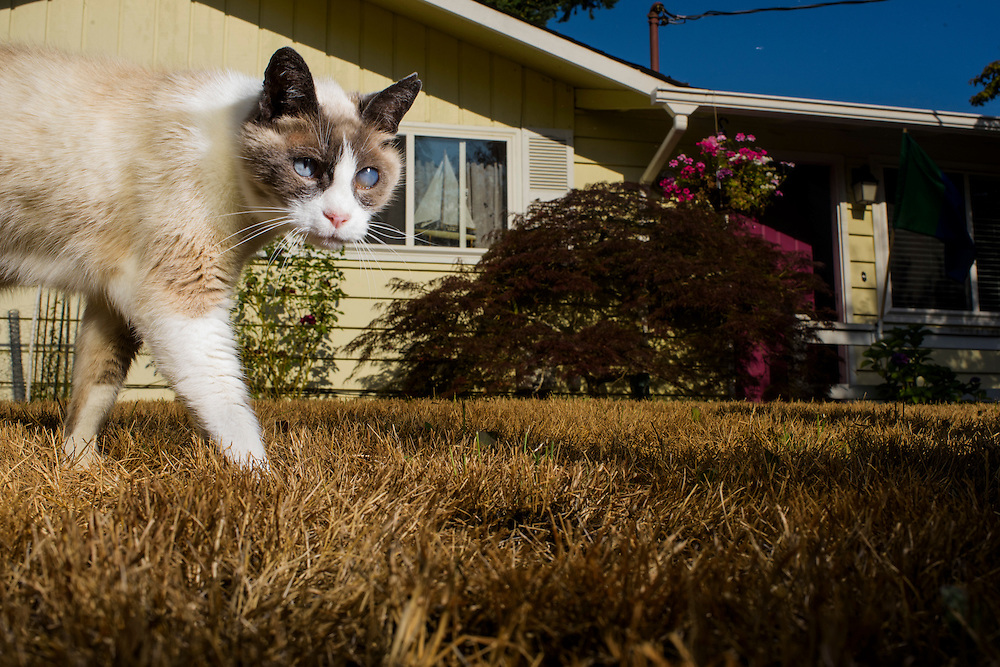