photo by Matt Roth.Tuesday, April 10, 2012..After swim lessons at McDaniel College's Harlow Pool in Westminster, Maryland Tuesday, April 10, 2012, Ron Shriver efficiently uses the locker room shower as a way to ready his children Rory, background, and Miles, 5, right, for bed. After showering, they put on their pajamas, so when they get home they are ready for bed. Ron will wake up at 3am the next day to study for an exam. Ron Shriver is a retired marine staff sergeant. He is also the first in his family to attend college, thanks to the New G.I. Bill. His wife, a fellow retired Marine, is finishing up graduate school in Alaska. After Ron gets his undergraduate degree from McDaniel College in May, he plans to drive to Alaska with is two children Rory, 6, and Miles, 5. For the move Ron got rid of most of his family's belongings, and after his lease was up, he and his children moved back into his parent's farmhouse. 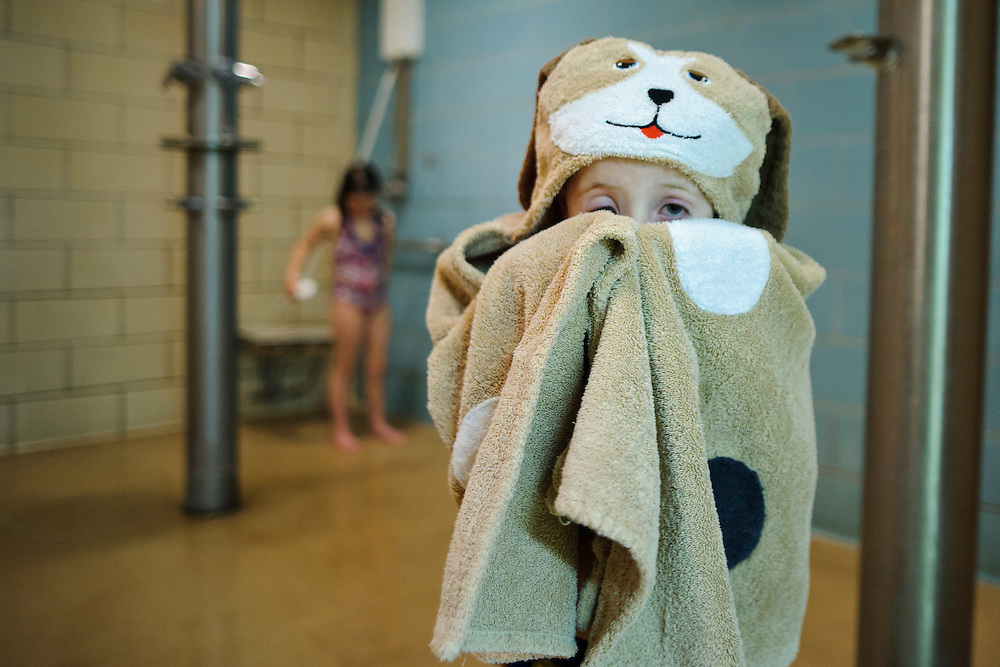