Cyrus Kouandjio, middle, one of the nation's top high school football players, from DeMatha Catholic Center, pen in hand, hovers over his commitment paper to Auburn. After reportedly staying up all night, the 6'7" offensive tackle announced at a ceremony in the school's Convocation Center that he will sign with Auburn. He, however, did not sign his letter of intent. Three days later he announced he will attend Alabama where his older brother plays.
He is flanked by teammates Darien Harris, on the left, who will play for Michigan State, and Kelby Johnson, right, who will play for Virginia. Head football coach and the school's athletic director Bill McGregor looms over the trio while, as McGregor said, "they sign their lives away." 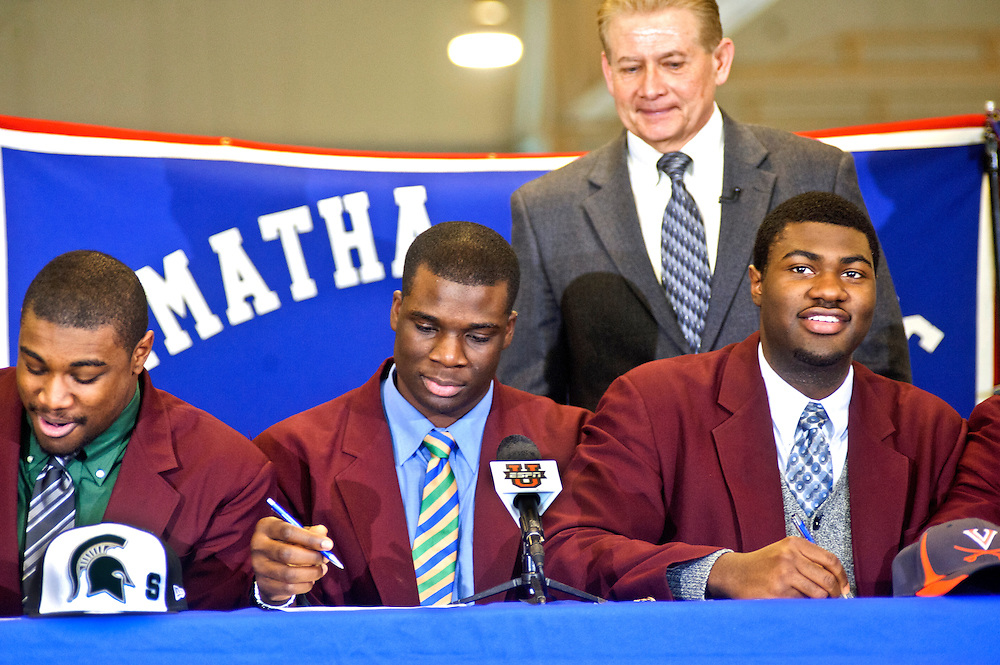