Photo by Matt Roth.Monday, April 08, 2013...AARP Experience Corps senior secretary Michael Burke, 59, aka, "The Mayor" of Miller's Court, the building where he works, used the Baltimore CASH campaign's Finance 55+ workshop to get his credit score up so he can potentially buy his first home. Seawall Development, the corporation that built Miller's Court building is working with "The Mayor" to put him in one of their rehabbed rowhomes, as seen in the photos, located in the Remington Square Community of Baltimore, Maryland. Burke, who has never owned a credit card, is now using one to build his credit. And if his credit scores are not up to snuff by signing time, the Seawall Development company has said they will work out a rent to own deal. 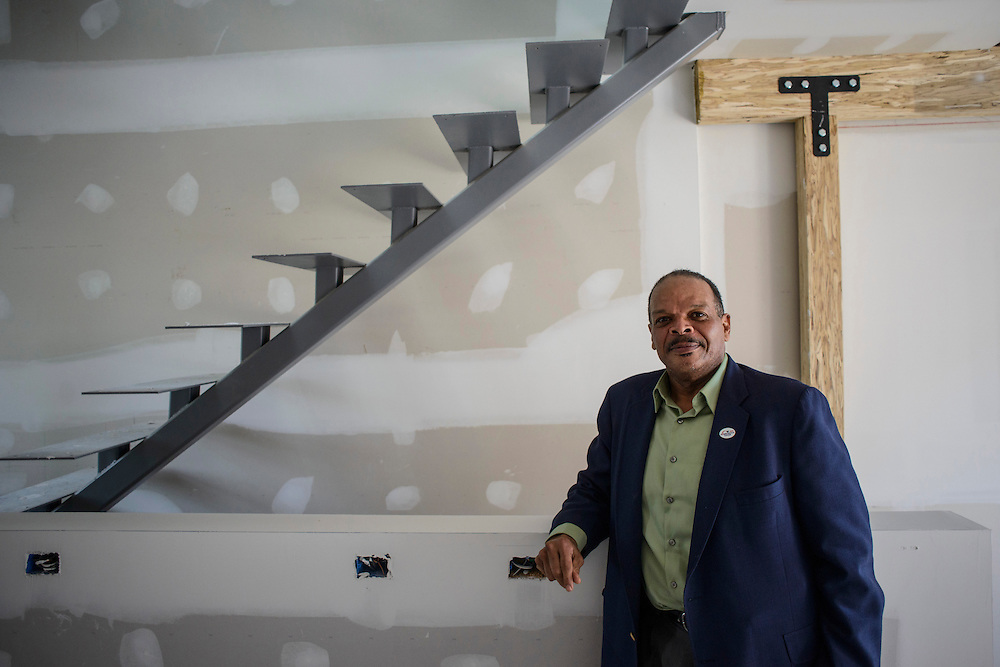