(photo by Matt Roth).Friday, May 14, 2010..Baltimore Freedom Academy eight-graders (clockwise from left) Treymane Jones, Quashawn Tate, and Willard Brewington, play under a tattered, practically useless, net during their gym class Friday, May 14, 2010. In the background, two boys go to the floor over possession of a basketball in a separate game. Students play in their school clothes, rather than gym garb, because the boys locker has been declared hazardous for student use. ..The building housing the Baltimore Freedom Academy, a grade 6-12 Baltimore public charter school focusing in social justice, was built in 1960. Fifty years later, the school is in disrepair. Old pipes make water from the fountains undrinkable. Asbestos makes repairing/replacing the pipes a hazard. The school has no air conditioning which makes the year-round school unbearable in the summer. The most derelict area is the boys locker room, where students are not allowed. 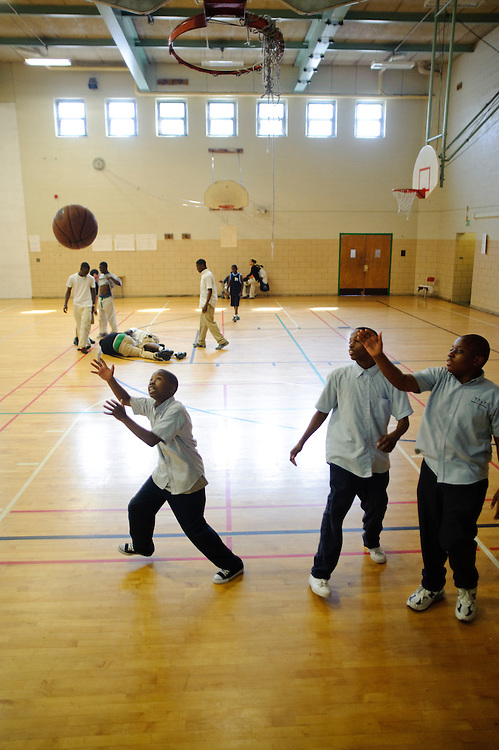