Kensington, Maryland - April 24, 2016: Ruthann Aron Green offers candy to Connor Buss, 8, and his mother Kathi Buss, from Kensington. They're looking for a child's mystery book for Connor's book report due in one week.

Ruthann Aron Green's autobiography "Corrupted Justice -- A Killer Husband," is centered around the circumstances leading up to her being convicted of trying to pay for her husband's murder in 1996. 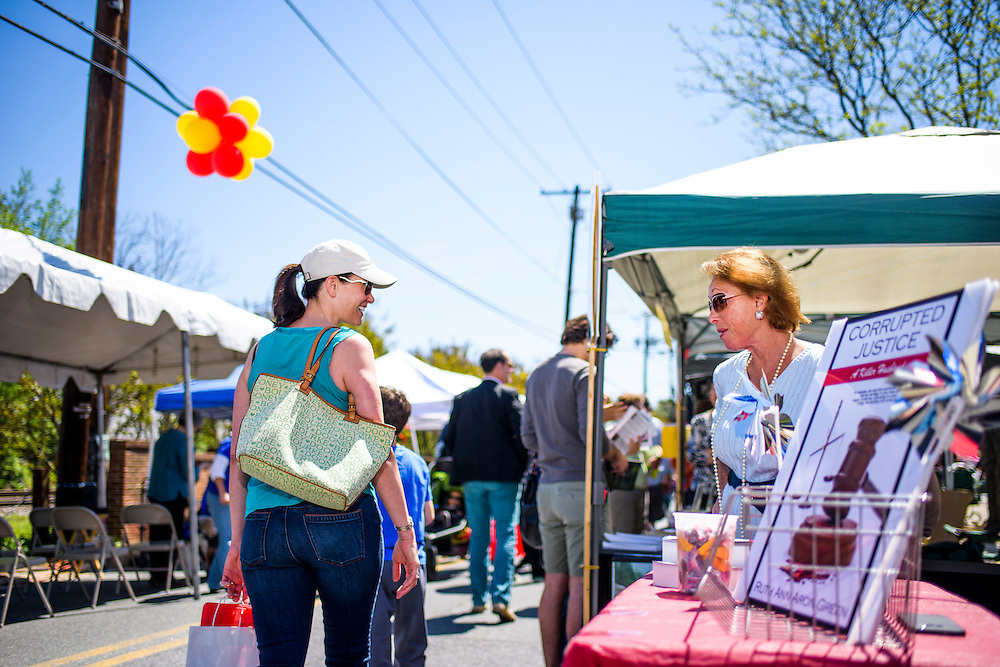