Freelance photo by Matt Roth.Baltimore, Maryland.Thursday, May 7, 2009.Assignment ID: 20102758A..To become the top swimmer in the world Michael Phelps had to make sacrifices. An undeveloped social life left the Olympian somewhat one-dimensional. After Beijing, Phelps was encouraged to decompress and explore the life of a normal twenty-something. After photos emerged of Phelps smoking marijuana at a private party in South Carolina, he endured the kind of public scorn felt by very few 23-year-olds. A newfound interest in golf and business investments are adding to Phelps's life experiences, but the most important thing for him right now is to train for London in 2012...After Michael Phelps retires from his swimming career, what's next? .He is photographed before practice with the North Baltimore Aquatic Club at the Loyola College Aquatic Center in Baltimore, Thursday, May 7, 2009. 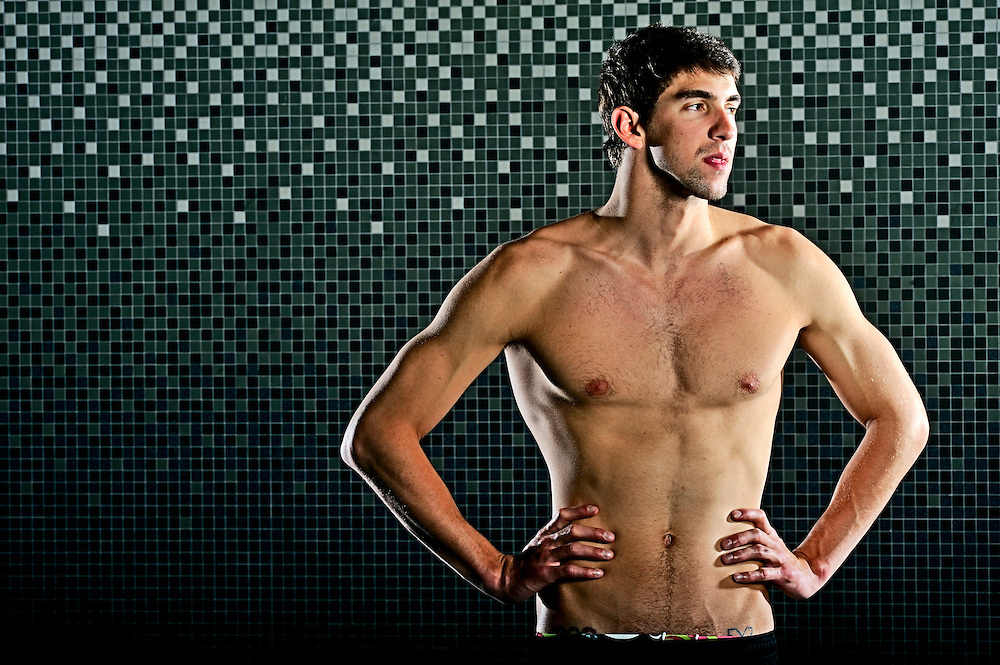