Matt Roth/Novus Select.Thursday, March 22, 2012..During the Trayvon Martin Rally, at Fort Mellon Park in Sanford, Florida Thursday, March 22, 2012, James Gilchrist, from Orlando, holds a rose and eats from a bag of Skittles -- a symbol in the Trayvon Martin shooting. ..Rev. Al Sharpton spoke at the rally for the slain black teen who was unarmed and shot after an altercation by neighborhood watch volunteer George Zimmerman, who pursued Trayvon Martin -- who was unarmed, wearing a hoody, carying a bag of skittles, and a bottle of iced tea -- on foot after being told not to by 911 dispatchers. Zimmerman has yet to be arrested because of Florida's Stand Your Ground Law. 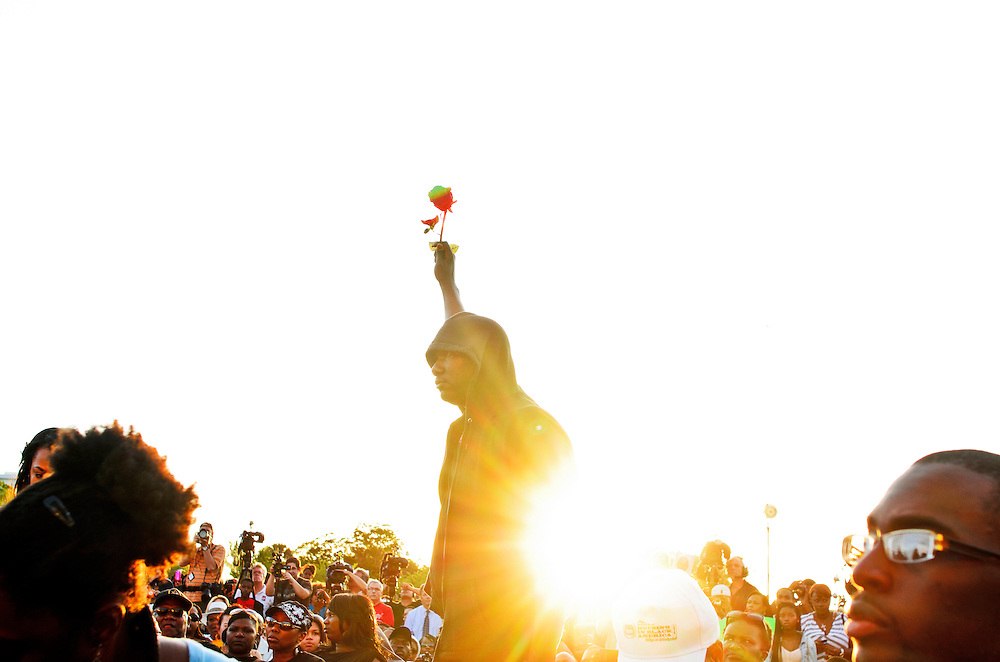