Members of the media and supporters attended the signing day of DeMatha Catholic School Wednesday February 2nd, 2011, mostly in part to the much anticipated decision of Cyrus Kouandjio, one of the nation's top high school football players. The 6'7" offensive tackle announced at the signing ceremony in the school's Convocation Center that he will be committing to Auburn, not Alabama where his older brother plays. He, however, did not sign his letter of intent at the event. Three days later he committed to Alabama. 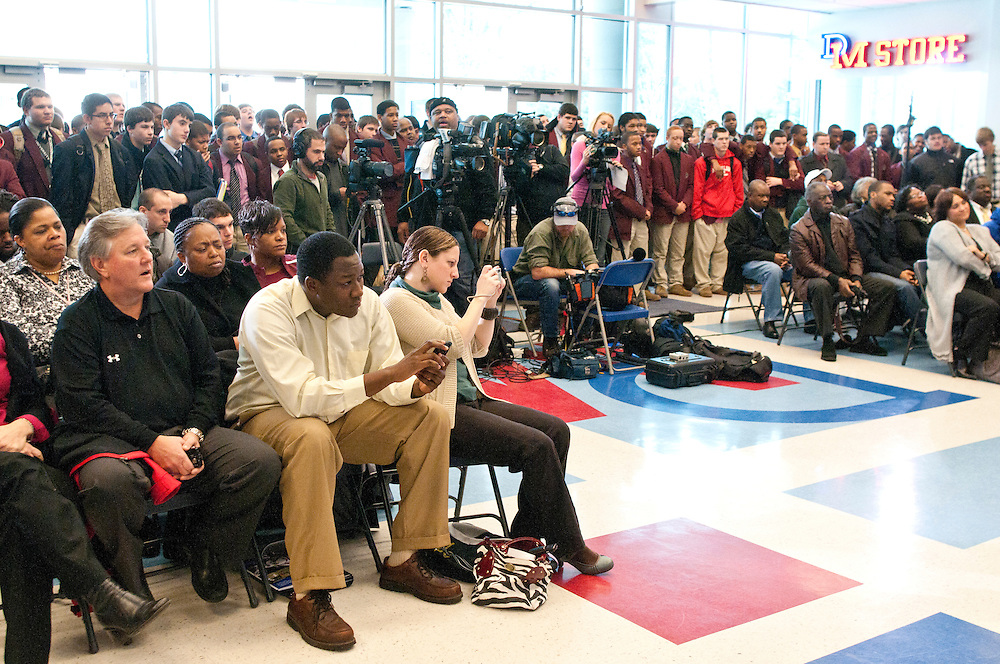