Baltimore, Maryland - June 23, 2016: The Hounts' vertical farm, City-Hydro, is located where their former home theater room existed. Last year they sold 2300 trays at $30 per tray. Average grow life from seed to plate is 7-10 days and the room can generate 100 trays in that time.

The lights, which City-Hydro custom make from 5500 Kelvin temperature LED tape, are why their outfit is profitable. "They're cool to the touch," says Larry Hount, which means they don't consume excess energy to cool the room. The room runs on $125 a month on electricity.

City-Hydro owners Larry and Zhanna Hount started growing microgreens in a spare room in their Baltimore rowhome a year and a half ago. Since then, their vertical farm has earned them $120k a year. They sell their crop directly to local restaurants, but, "What we want to be at the end of the game is a supplier..." says Larry. The couple sell their custom made racks, which use daylight balanced LED lights and offer training. 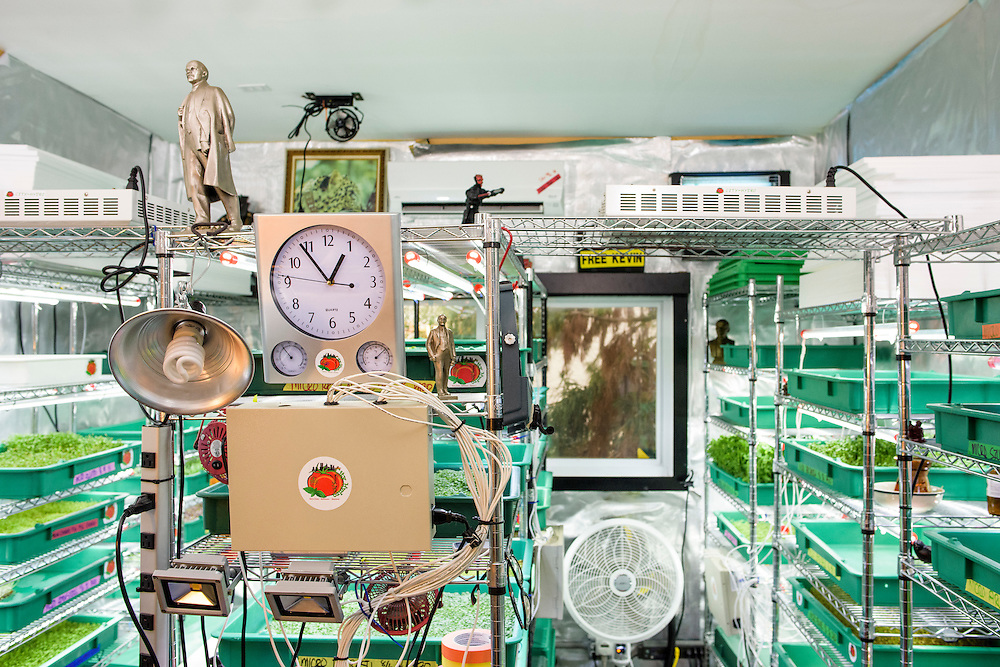