photo by Matt Roth.Wednesday, April 11, 2012.."Dad! Look! It Spins!" says Miles to his dad Ron Shriver about a toy top (obscured by his sister Rory's head) the five-year-old is playing with in the kitchen during breakfast time." Frantic to get his children ready for the day, Ron pinches his nose in frustration, and replies, "that's great." Ron's dad, Ron Shriver, Jr., background left, helps with breakfast. ..Ron's morning is particularly hectic Wednesday, April 11, 2012. After dressing his children and eating breakfast, It will take him an hour to drive around northern Carroll County, Maryland to drop Rory and Miles off to two separate schools before he literally sprints up a hill to take his exercise science exam at McDaniel College...Ron Shriver is a retired marine staff sergeant. He is also the first in his family to attend college, thanks to the New G.I. Bill. His wife, a fellow retired Marine, is finishing up graduate school in Alaska. After Ron gets his undergraduate degree from McDaniel College in May, he plans to drive to Alaska with is two children Rory, 6, and Miles, 5. For the move Ron got rid of most of his family's belongings, and after his lease was up, he and his children moved back into his parent's farmhouse. 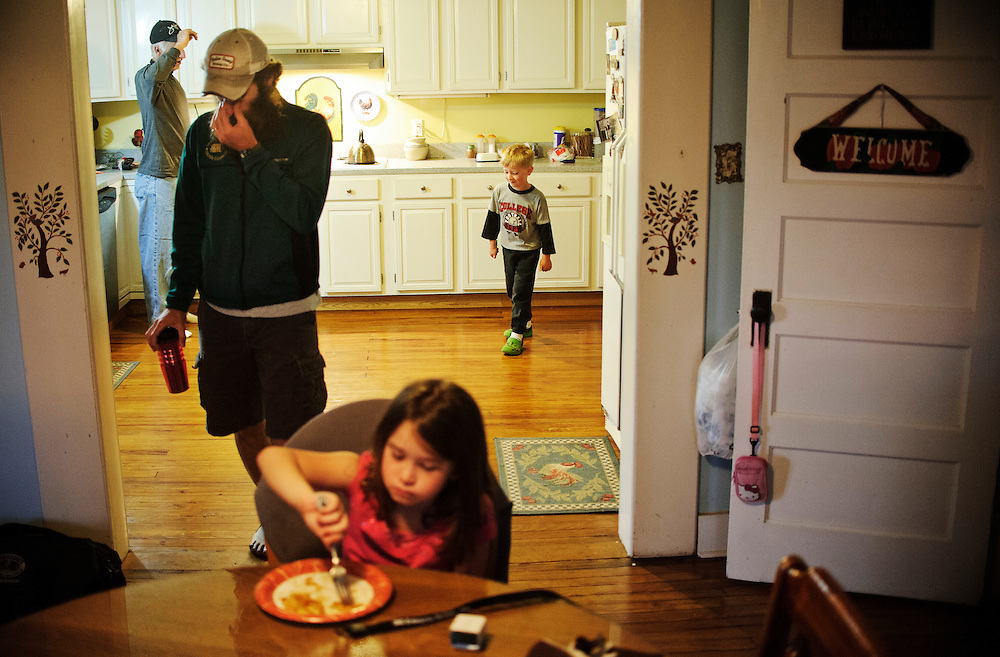