6/28/14 7:29:14 PM -- Baltimore, MD -- Members of The Fort McHenry Guard walk by the cannons after the ceremonial firing of the evening cannon. The "Roar of the Drums" Fife and Drum Tattoo Ceremony concludes as a 30x42 foot Star Spangled Banner flag is lowered while a bugler plays Taps. 2014 is the 200th anniversary of Francis Scott Key's Star Spangled Banner. He wrote the poem while on a British ship during the battle of Baltimore in the war of 1812. On the eve of the Fourth of July, we use this anniversary to talk about the meaning of the national anthem in 2014 as the nation winds down the second of two unpopular wars amid fears that much of the Middle East is being lost to bloodthirsty terrorist groups. -- Photo by Matt Roth, Freelance 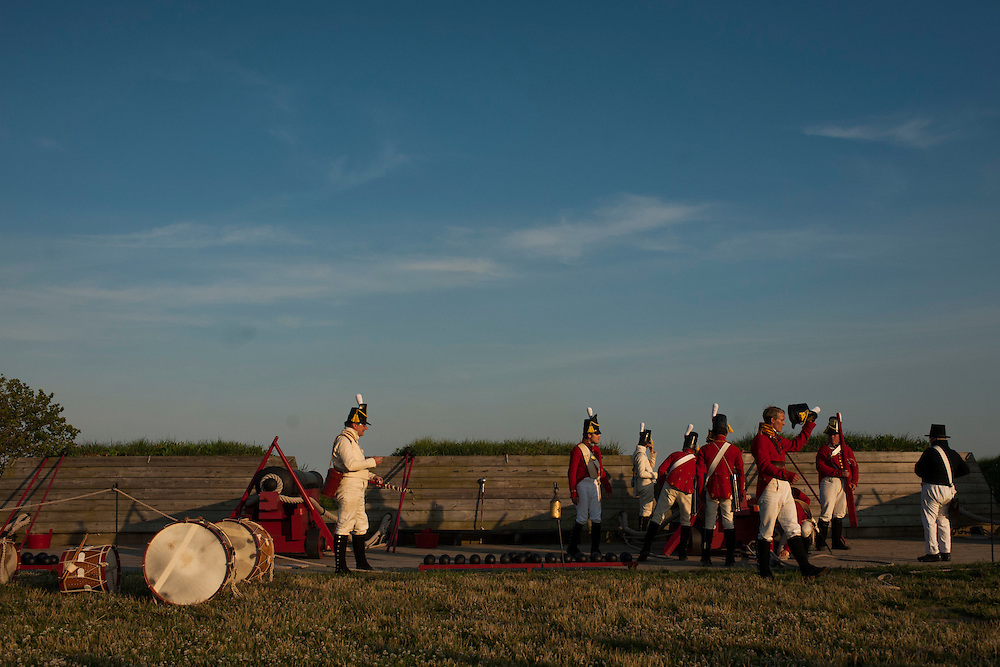