(photo by Matt Roth).Assignment ID: 30127696A.Wednesday, June 20, 2012..Baltimore City Truck Company 15's truck is in for repairs. They adorned their reserve truck with taped on pieces of paper displaying the numbers "15." In light of recent budget cuts, the company members are slated to be disbanded and individually reassigned to different companies July 1st, and the truck will, in turn, be used as a reserve. ..City Councilman William Pete Welch proposes advertisements be allowed on Baltimore City Fire Department vehicles as a way to combat a $48 million budget shortfall, rather than disbanding three companies, including Truck Company 15, which services East Baltimore. 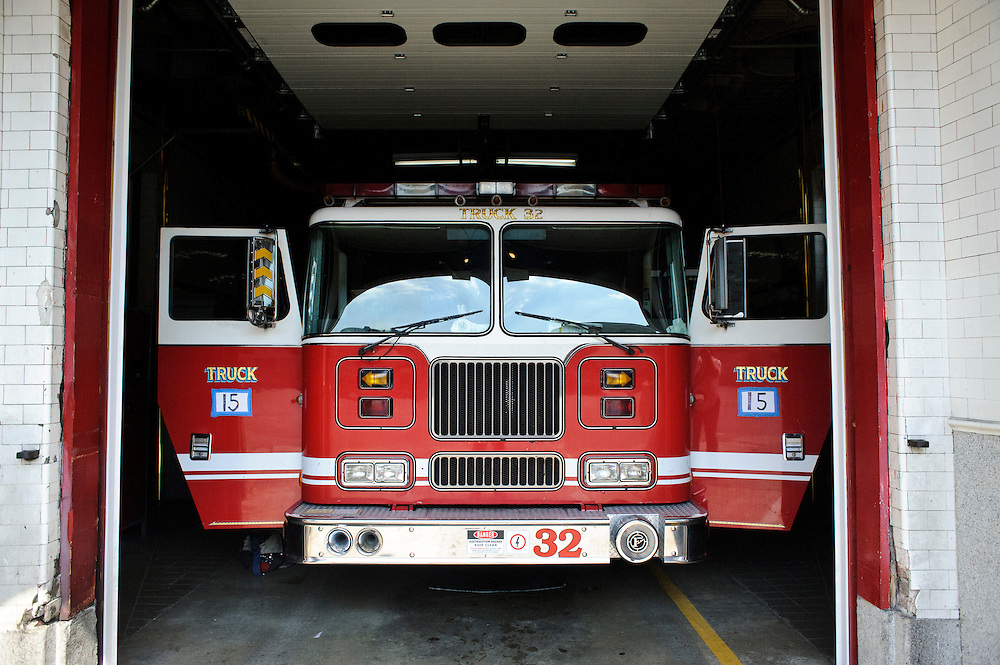