Matt Roth/Novus Select.Monday, March 26, 2012..Pastor Allen Baldwin, right, from Del Tona, Florida, buys a Trayvon Martin t-shirt from Jeff Thomas, who works for a company that makes and sells t-shirts. Thomas traveled from Atlanta to sell the shirts during the rally in Sanford, Florida on Monday, March 26, 2012, the one-month anniversary of the seventeen-year-old's slaying by neighborhood watch volunteer George Zimmerman. ..Thousands gathered in Sanford, Florida Monday, March 26, 2012 on the one month anniversary of the day George Zimmerman, 28, shot and killed Trayvon Martin, 17, while the unarmed, hooded, teen was walking to his dad's fiancé's home with a bag of Skittles and iced tea. Zimmerman was never arrested due to the controversial Florida "Stand Your Ground" law. The Reverends Al Sharpton and Jesse Jackson leant their star power in an effort to have Zimmerman arrested. Over two-million signatures were collected on the website change.org. 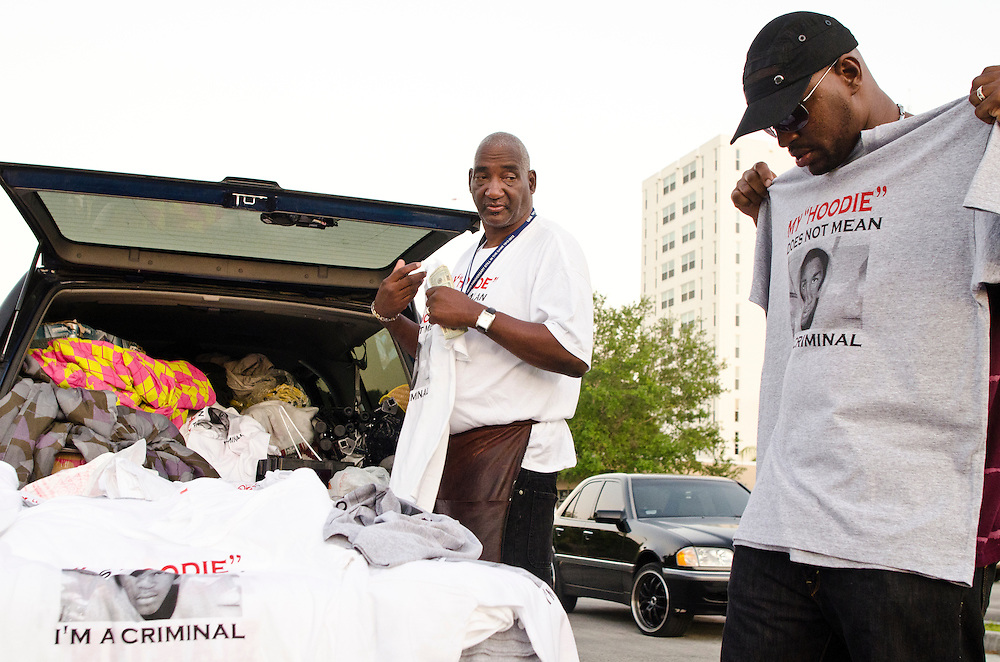