(photo by Matt Roth).Wednesday, July 11, 2012.Assignment ID: 30128574A..Local 16 union iron worker Matt Kardczyk is dwarfed by the super-post Panamax cranes -- the largest model built -- which he is helping to erect at The Port of Baltimore's Seagirt Marine Terminal Wednesday, July 11, 2012. ..Once the building, testing and training is finished, the Seagirt terminal will join Norfolk, VA as one of the only two ports on the East Coast which can unload new Panamax sized container ships. The cranes are expected to be fully operational in September of this year. 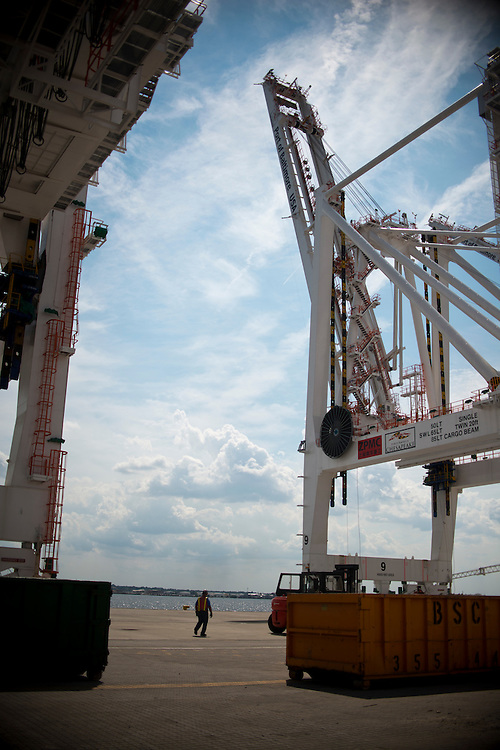