Washington, D.C. - January 23, 2015: Chris Wallace, is the Anchor of Fox News Sunday. Hanging from Wallace's office wall is a letter Ronald Reagan wrote to Richard Nixon complaining about Wallace and possibly challenging him to an arm wrestling contest.

"I covered former president Reagan for six years as the chief White House correspondent for NBC. A few years ago, I got a book with annotated versions of his diaries and letters and found a letter from 1987 in which he mentioned me. He had written to former president Nixon and complained about a story I had done on him at the height of the Iran-Contra scandal. He said I had implied that he didn’t know his way to the bathroom, and that he might challenge me to arm wrestle. I got a copy of it from the Reagan archives. When one president complains about my coverage of him to another president, I consider it a badge of honor."

The objects in Wallace's office in the Fox News D.C. Bureau is a mix of personal, political and celebrity history. 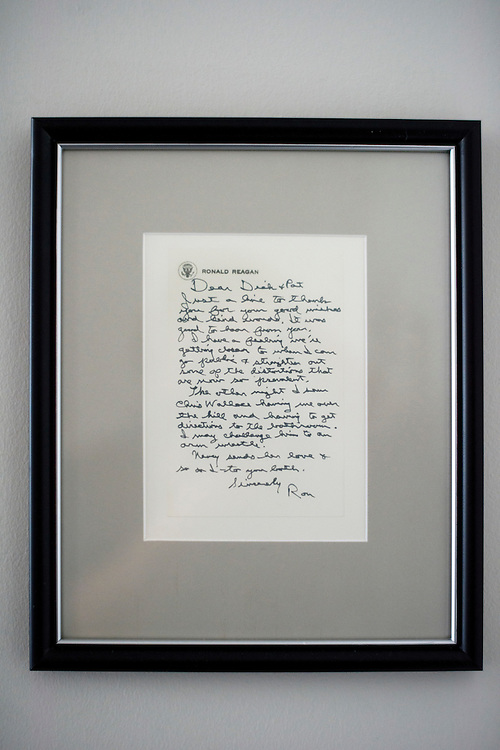