(photo by Matt Roth).Friday, May 14, 2010..The door to the gym was broken early in the year after a student opened it the wrong way with their foot. The blow's force caused glass in one of the windows to shatter and broke the deadbolt's housing. ..The building housing the Baltimore Freedom Academy, a grade 6-12 Baltimore public charter school focusing in social justice, was built in 1960. Fifty years later, the school is in disrepair. Old pipes make water from the fountains undrinkable. Asbestos makes repairing/replacing the pipes a hazard. The school has no air conditioning which makes the year-round school unbearable in the summer. The most derelict area is the boys locker room, where students are not allowed. 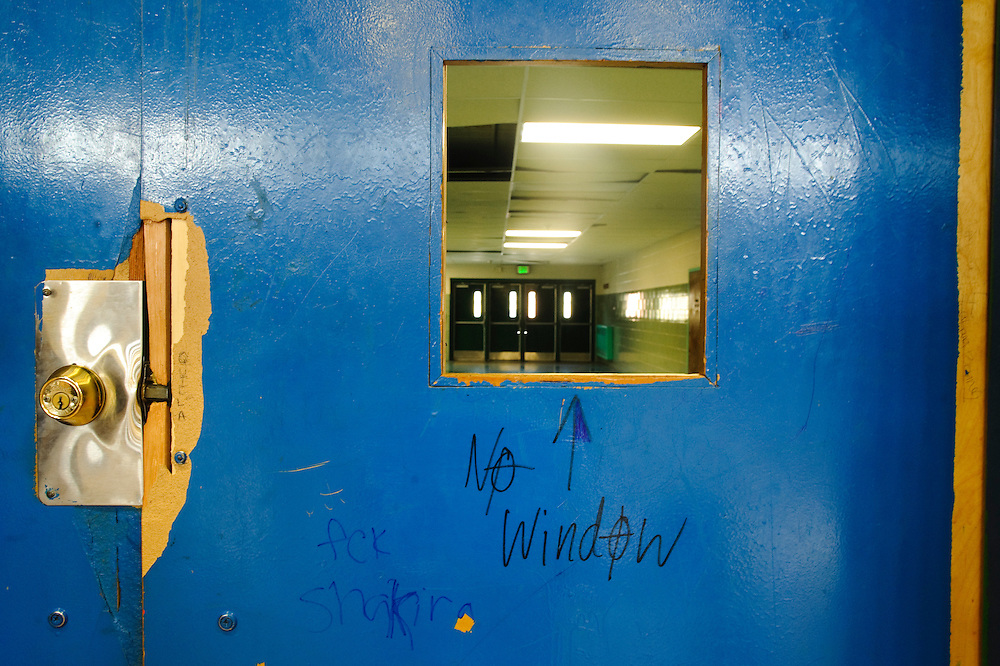