(staff photo by Matt Roth)..Six foot four Hammond Senior Brandon Bjerre averaged 16.1 points a game and led the Golden Bears to their first county title since the mid-1990s. Last year Bjerre was benched from a back-injury, but regularly attended practice and games, staying part of the team. .After the Golden Bears suffered losses in their first three games of the year, Bjerre turned up the intensity in their fourth scoring 31 points and igniting a 14-game win streak. He is photographed at the Hammond gym Saturday, March 27, 2010. 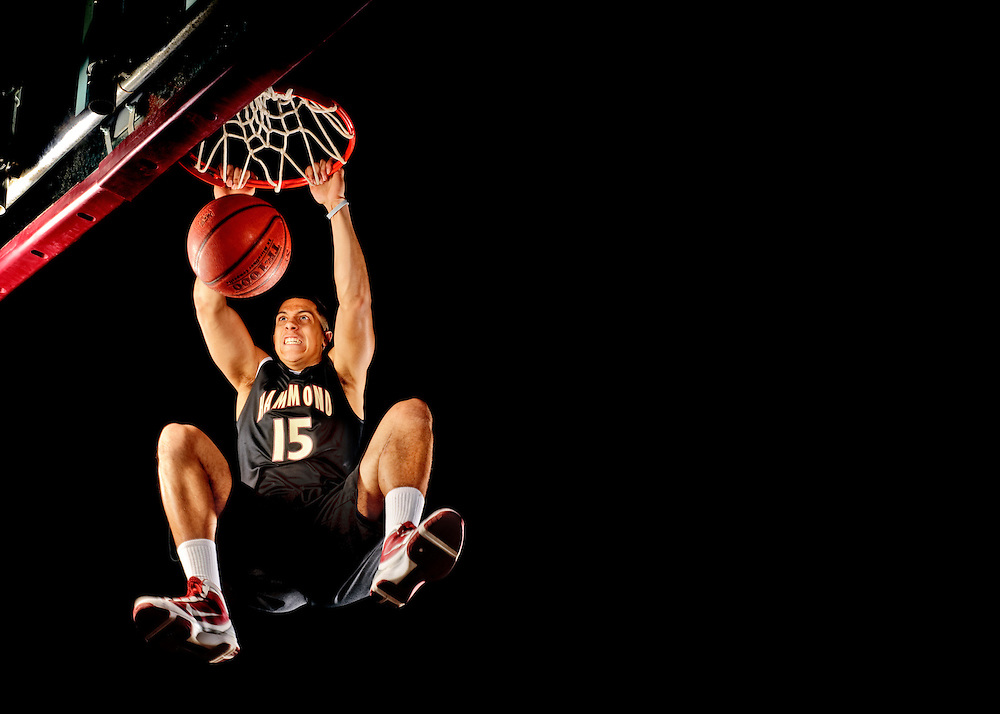