photo by Matt Roth.Friday, May 11, 2012.Assignment ID: 30125820A..Tennis coach Misha Kouznetsov uses his phone to register Francis Tiafoe, the top-ranked 14-year-old tennis player in the country, for an 18 and under tournament "Battle in the Burgh." Misha says Francis is favored for the top four. Francis's twin brother Franklin sits behind Misha on the Tiafoe's family couch Friday, May 11, 2012...His father immigrated from Sierra Leone in 1996. Francis's father, Constant lived where he worked at the Tennis Center at College Park, where Francis and his twin brother Franklin would occasionally sleep. Misha Kouznetsov, a tennis pro at the Center saw potential in Francis and has been training the twins since they were eight. Constant and his family have since moved into an apartment five minutes away, and the boys train and go to school full-time at the Center. 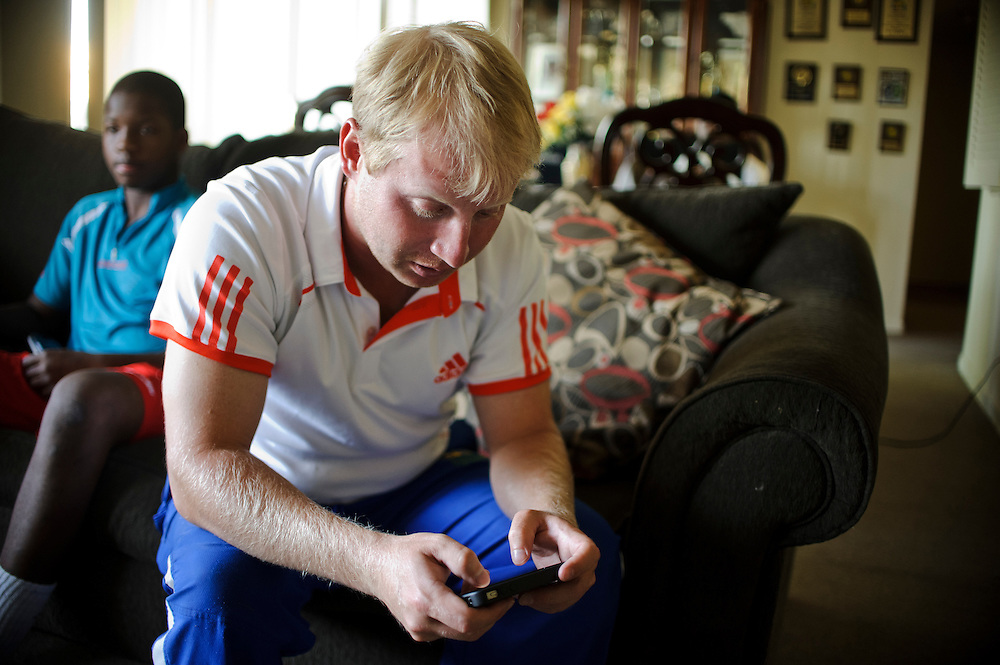