Anaheim , California - April 11, 2015: Queen Carolyn of Ladonia -- who lives in Chicago -- became involved in the Sweden-based micronation in the late 90's while a Political Science major in college. Her satirical business case proposing why Ladonia should annex Gary Indiana earned her a minister's position. After the previous Queen was ousted, Carolyn Shelby filled the spot. In Ladonia, queens reign for life, and there are no kings. "I've survived a couple coups." The Micronation's government is a Constitutional monarchy run by 100 active ministers and have presidential elections every three years. Ladonians have claimed sovereignty over a coastal Swedish nature reserve. Needless to say Ladonia has a tepid relationship with the Swedish government, but the micronation brings 40,000 people per year to a place that hasn't had a boom in tourism for around 100 years. Ladonia's founder, political artist & sculptor Lars Vilks, created the micronation as a protest to governmental encroachment in Sweden. Ladonia stands for Freedom of speech, lower taxes, the right for its citizens not to be compelled to do things by the government, and freedom to be idle. 100 different countries are represented in its 17,000 citizens -- 6,000 of whom are from the U.S. Queen Carolyn says Ladonia offers people the chance to be a citizen in a system they weren't born in to. "...because nobody was born there. We're all immigrants."
CREDIT: Matt Roth 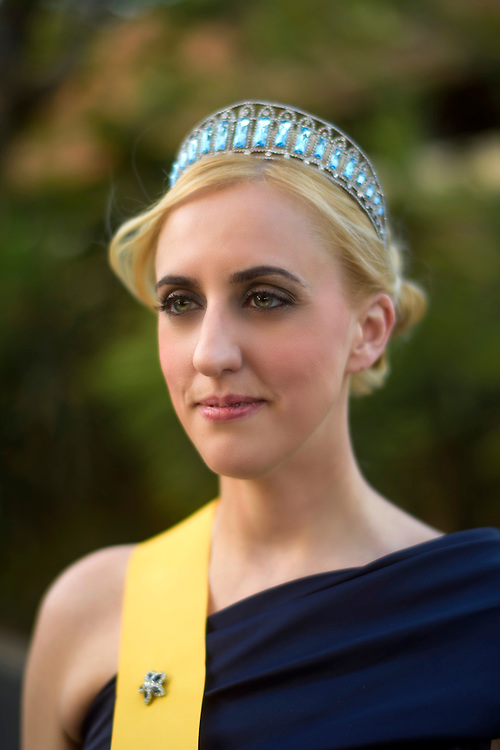