Anaheim , California - April 11, 2015: Two Lamia Knights William Becking, in red, and Adam Larios, in silver, perform a short bout during MicroCon 2015 at the Anaheim Central Library Saturday April 11, 2015. The Lamia Knights are a competitive medieval combat club based out of Hemet, CA, and the official sports team of Shiloh -- a micronation "landlocked by Scotland," but ruled by Timothy Miller, far right, and his daughter Samantha from Anaheim (not in frame). Lord Jason Michael Wilson, stands in front of the king.

MicroCon 2015 is a Micronation conference held at the Anaheim Central Library. 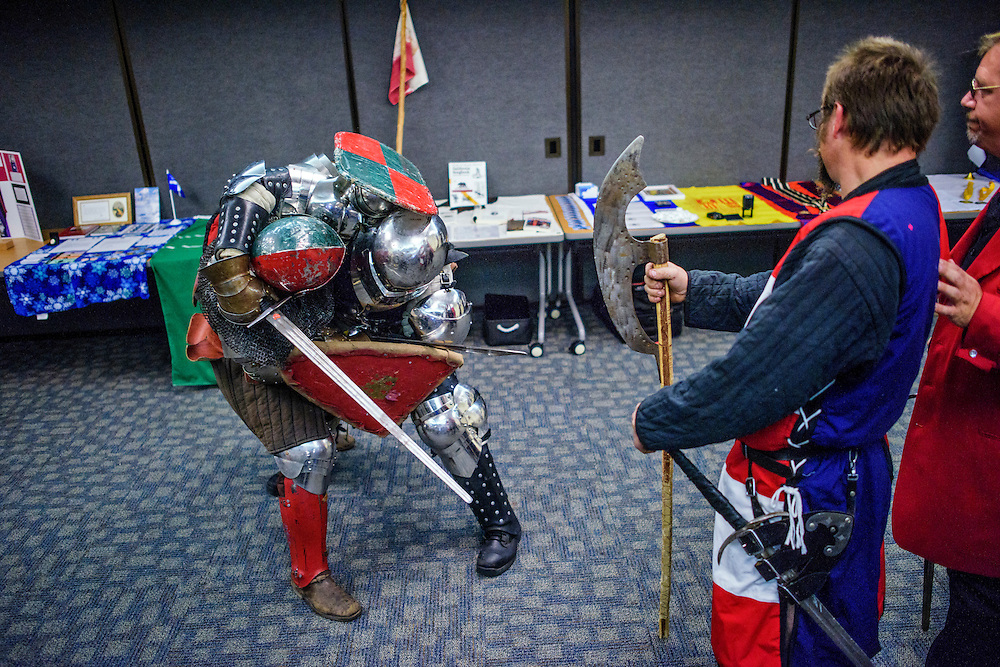