(staff photo by Matt Roth)..The "K" is for Kraisser, and they're a wrestling family. Nathan Kraisser, top, Centennial's 112 weight wrestler won his second state championship as a sophomore. He is photographed in his home's basement, Thursday, March 25, 2010, wrestling his younger brother Austin, a 6th grader. Nathan is one of six boys, and one girl. The four eldest boys have all wrestled since they were elementary school-aged. Their dad is also a former State Champ for Centennial. 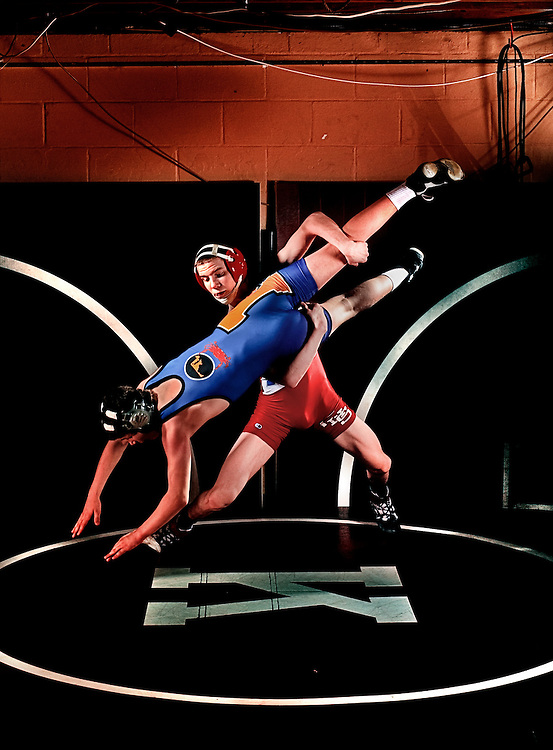