Matt Roth/Novus Select.Monday, March 26, 2012..Rally-goers at Fort Mellon Park in Sanford, Florida react after Trayvon Martin's mother Sybrina Fulton, asked the crowd to blow a kiss to her slain son on Monday, March 26, 2012, the one-month anniversary of the day the unarmed 17-year-old was fatally shot in the chest by neighborhood watch volunteer George Zimmerman...Thousands gathered at a rally at Fort Mellon Park in Sanford, Florida Monday, March 26, 2012 on the one month anniversary of the day George Zimmerman, 28, shot and killed Trayvon Martin, 17, while the unarmed, hooded, teen was walking to his dad's fiancé's home with a bag of Skittles and iced tea. Zimmerman was never arrested due to the controversial Florida "Stand Your Ground" law. The Reverends Al Sharpton and Jesse Jackson leant their star power in an effort to have Zimmerman arrested. Over two-million signatures were collected on the website change.org. 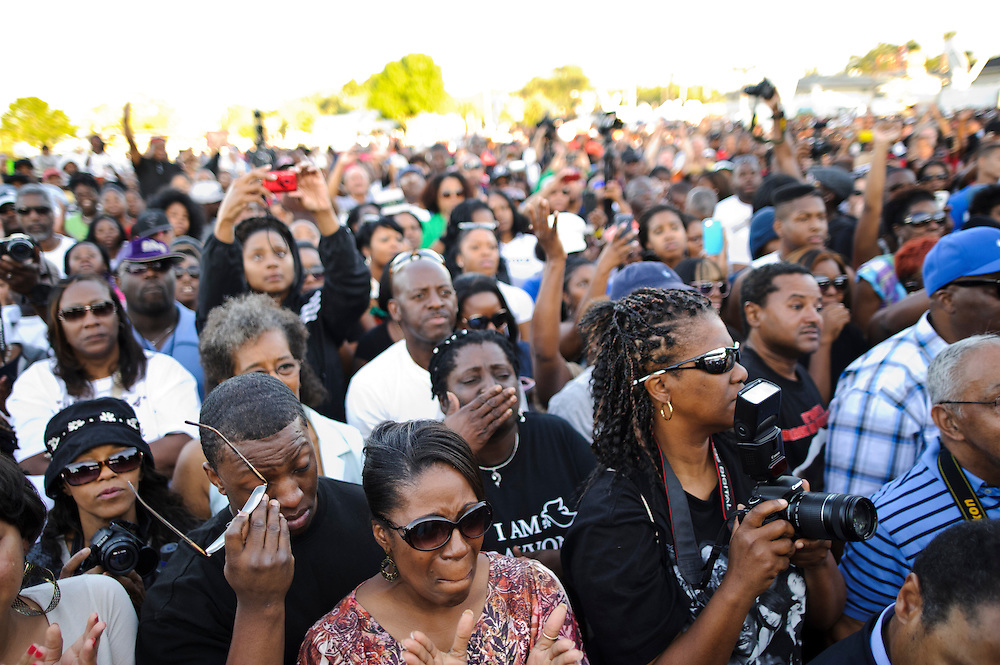