The History of Sandtown

Baltimore, Maryland - April 30, 2015: Men in suits (a neighborhood man identified them as members of The Nation of Islam) walk down W. North Ave. at the intersection of Pennsylvania Ave., Thursday April 30, 2015 in the Sandtown neighborhood of Baltimore. Normally this location is the commercial hub for the economically blighted neighborhood, but early last week It became the epicenter for rioting the day Freddie Gray was put to rest Monday. The CVS was looted and burned, a check cashing business was broken in to, three police vehicles were destroyed, two were set on fire. Community relations with police have been hostile for decades. When Former Maryland Governor Martin O'Malley was mayor he enacted a zero tolerance policy to reduce crime. The tactic worked, but increased prison population, and gave many residents of Sandtown records with long rap sheets of both minor and major infractions, driving up debt while making them unemployable.

The poor, predominately black area of Baltimore known as Sandtown is where the most violent riots occurred the week Freddie Gray was laid to rest. Tensions between the are's residents and police have been bubbling long before Freddie Gray died while in police custody.

CREDIT: Matt Roth for The Globe and Mail 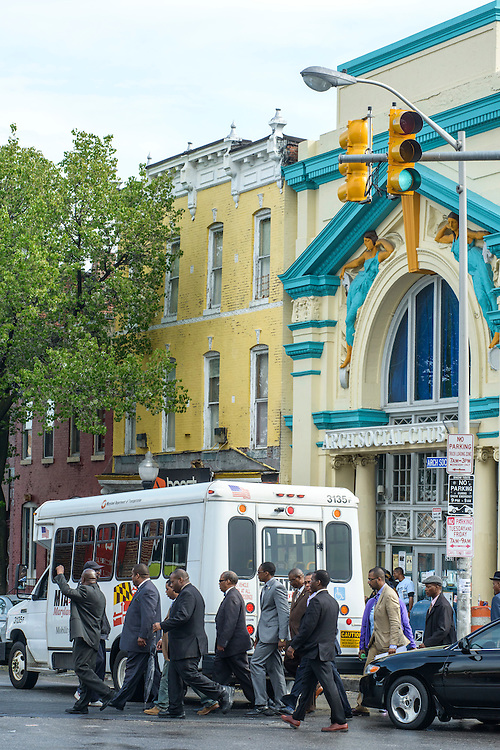